A week ago, during the US solar eclipse, Google started rolling out Android 8.0 – Oreo to Google Pixel and Nexus devices. A moment we’d been looking forward to after seeing this year’s I/O Developer Conference Android TV keynote: Oreo could be the moment Android TV firmly stepped out of the shadows of the Chromecast, presenting consumers with features and functionality aimed squarely at navigating an increasingly fragmented ecosystem of TV and video apps and services. 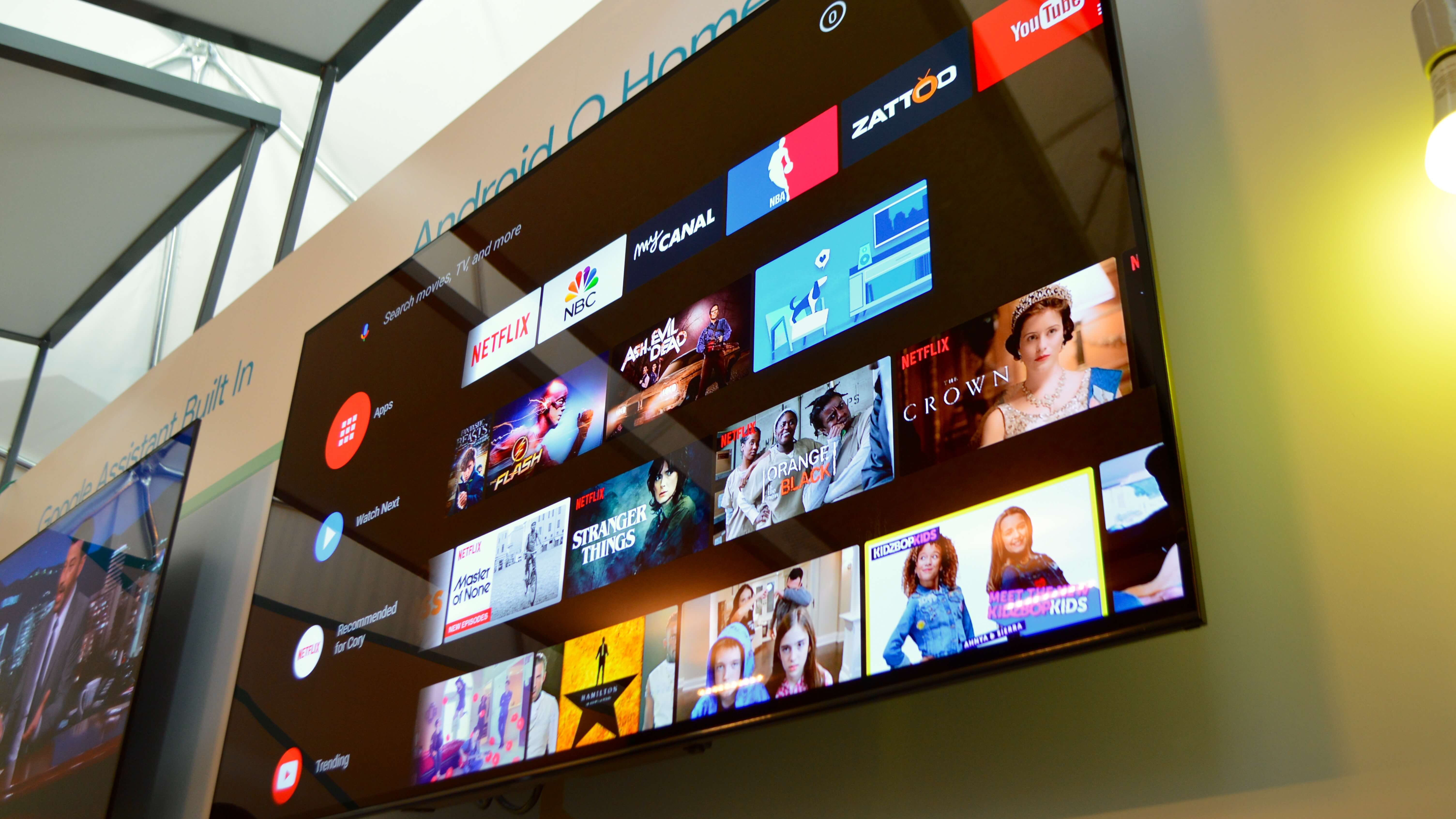 Circumstances – namely the birth of our youngest daughter last week and, subsequently, a lot of sleepless nights – allowed me to extensively try out the new version of Google’s TV OS. After roughly a week, I have mixed feelings.

Are you a TV operator or broadcaster that would like to know more about Android TV and its opportunities – and threats – for your business? Together we can dive into the strategic and the practical implications of Android TV for your business, discuss the differences between Android TV and AOSP, as well as the latest developments in Android Oreo. All of this will be accompanied by demos of Android-powered hardware from a number of vendors, including an Android Oreo demo. Contact marketing@divitel.com for more info.

As a TV and video industry professional, Google’s I/O keynote on the subject left me incredibly enthusiastic about the direction the search-giant is taking its OS, as it seemed to address a lot of the concerns raised by the current wild-growth of (SVOD) streaming services. As a consumer, without that knowledge and without seeing demos of how the new version of Android TV should work, I can’t say that I’d be all that enthused. 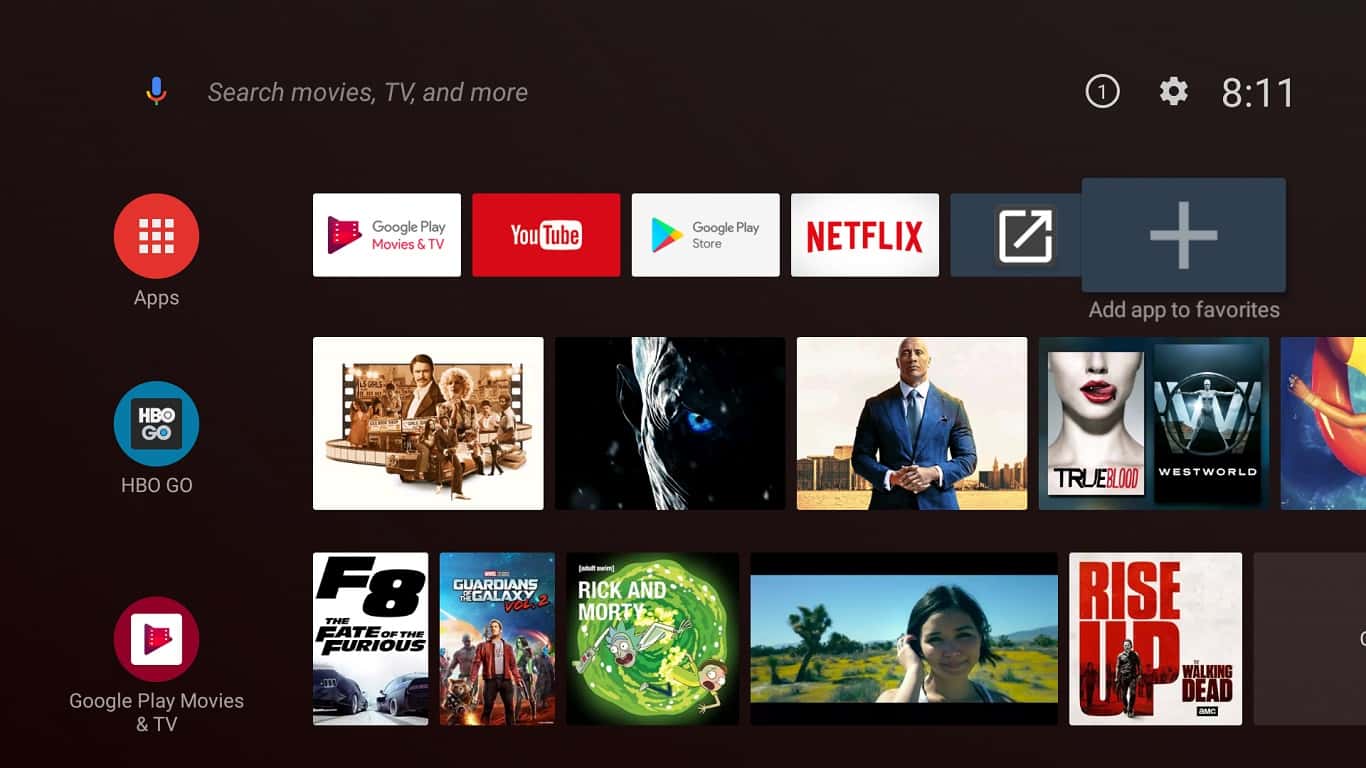 The first thing that greets you when you fire up your Nexus Player (currently the only hardware that supports the Oreo update of Android TV) is the new homescreen. This screen features rows for each of your streaming apps, as well as a ‘watch next’ row that allows you to catch the next episode of a program you were previously watching. It’s a clear nod to the EPG’s you find on traditional cable boxes and should allow end-users an easy, intuitive interface from which to access the content of multiple streaming applications.

Applications can prompt users to add such a channel to the homescreen, which is populated by thumbnails of recommended content within the app. A ‘mouseover’ action on the thumbnail would slightly enlarge the selected program and play a short video preview.

On paper, it sounds great. The thing is, as of yet, almost none of this actually works.

On paper, it sounds great. The thing is, as of yet, almost none of this actually works.

The Watch Next row? Empty. Adding a Netflix channel as demonstrated in the I/O keynote? Impossible. Video previews when you hover over a program? Nowhere to be found. 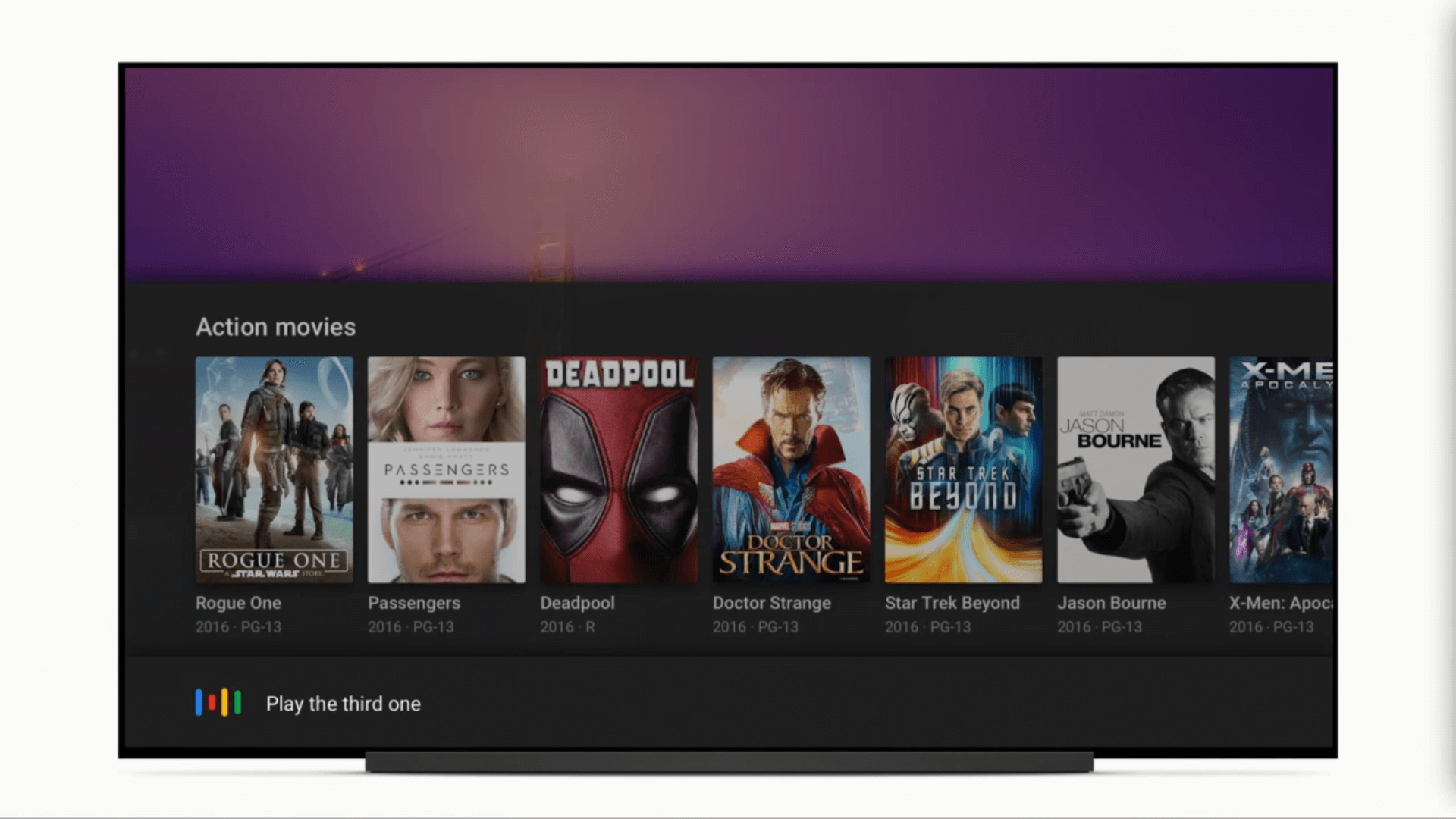 Another feature highlighted during I/O was the integration of Google’s Assistant in Android TV. You’d be able to ‘talk to your television in a conversational manner’. The example given was telling the TV ‘show me some recent action movies’ and ‘play the third one’ from the given listing. When trying the exact same thing with the Nexus Player currently in my living room, the first one of those commands worked exactly as you’d hope, showing me a list of recent action movies on Google Play. The second of those commands didn’t quite do ‘what it says on the box’, though. ‘Play the first one’ resulted in YouTube automatically firing up and playing ‘The First One’, a song by Boys Like Girls. For now, its contextual awareness leaves something to be desired.

Worse, when trying to use Assistant, over 70 percent of the time the screen would freeze for half a minute before notifying me that it “can’t reach Google at the moment”.

This is not the Utopia you’re looking for. Yet

It seems unlikely that any of this is ‘working as intended’ and undoubtedly, Google and the different streaming services are working behind the scenes to get things working as demoed in May. As a consumer though, there is zero added value to be found in the current iteration of the new homescreen. Maybe my expectations were too high. I envisioned a Utopia where I would install the Netflix app, an app for my linear TV service and maybe Amazon Prime (who – it turns out – don’t even have an Android TV application), and Google would make all of that work together seamlessly through one unified interface. In its current iteration, Android TV Oreo doesn’t offer much beyond an (admittedly very quick and snappy) interface from which I can open a bunch of different apps on my television. Right now, Android TV Oreo feels more like a beta, then a major publically available upgrade.

Even though – as a consumer – I’m thoroughly underwhelmed with Android TV Oreo, as a TV and video professional what we all saw during this year’s I/O still intrigues. If Google manages to get it working as shown at the Shoreline Amphitheater in Mountain View, California, it will be a gamechanger. Spending a week with Android TV as my primary source of video entertainment, really drove home the necessity for one super-aggregator or curator of the content contained in an increasing number of separate streaming video applications. Channels, ‘Watch Next’ and the Voice Assistant could be the answer, but first it will have to work.

For it to work, Google can’t rely solely on its own development power, but needs streaming services to embrace its platform. The fact that half a year after that I/O keynote, only a literal handful of apps have implemented the Channel functionality doesn’t bode well. Even Netflix, the application used to demo Oreo’s functionality, hasn’t included it in its Android TV app yet. A huge miss, as many operators look to Android TV as a way to easily allow their end-users access to these streaming services.

Even Netflix, the application used to demo Oreo’s functionality, hasn’t included it in its Android TV app yet

The biggest challenge for Google won’t be getting hardware makers or operators to embrace its platform: In this rapidly evolving market, it makes a ton of sense to hitch your wagon to a platform developed by a company with near-unlimited development resources. For now, Android TV’s biggest challenge seems to be getting the streaming services on board. If they manage to pull that off, Android TV could be the super-aggregator we’ve been waiting for.