The story behind 1950s Phonevision

Because of new technology needs and market consolidation, the television industry is continuously changing and developing. Nowadays a world without Netflix, or another on-demand service, is hard to imagine. Even harder to imagine, is watching movies over the telephone line by dropping a coin into the television box like a few of us did in the early ‘50s.

Back in 1931, Zenith Radio Corporation –a small producer of amateur radio equipment– experimented with pay-per-view television. In Zeniths vision, advertising alone was not enough to support television broadcasting in the long term. Early in 1951, they developed the first pay-per-view system, called “Phonevision”. As its name suggests, the system used telephone lines to take and receive orders. The system was tested for 90 days from the Lakeview-Lincoln Park Chicago. Despite of the – then promising – new technical opportunities, the Federal Communications Commission (FCC) later denied Zenith the necessary permits to operate. 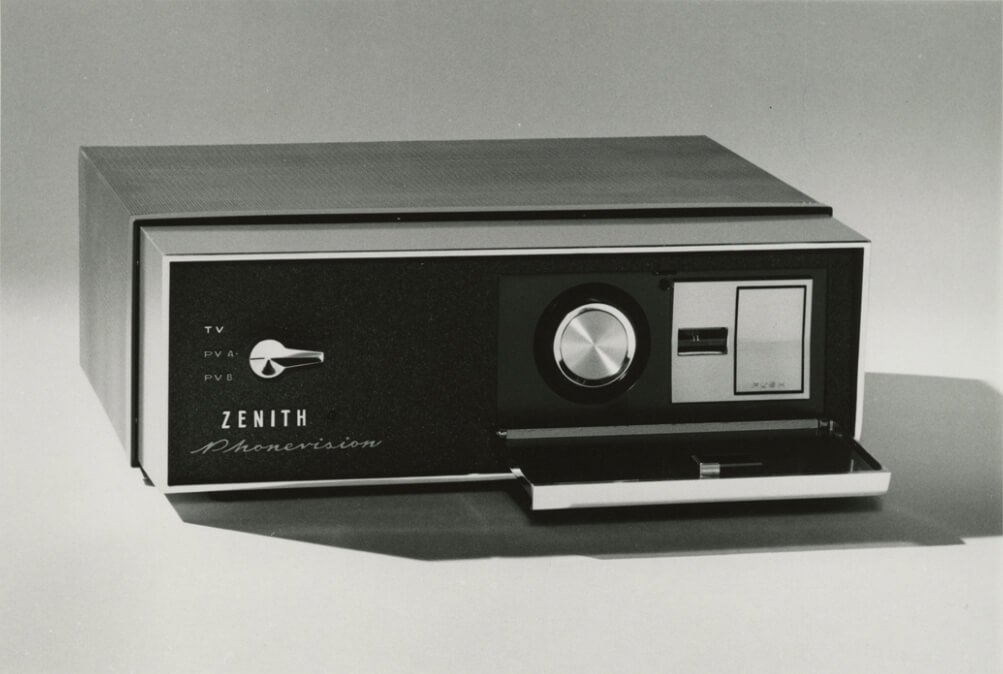 With Phonevision, home viewers were able to see Hollywood films for $1 per movie. To receive the movie signal, a descrambler unit had to be plugged into the TV’s antenna lead and telephone line. At the time the home viewer wished to view a movie, he or she would have to call the Phonevision operator, who then added the home viewer to the viewer queue. At the end of the month, the associated cost would be added to the home viewers regular telephone bill. Zenith would even develop its own TV sets equipped with special connectors for Phonevision. 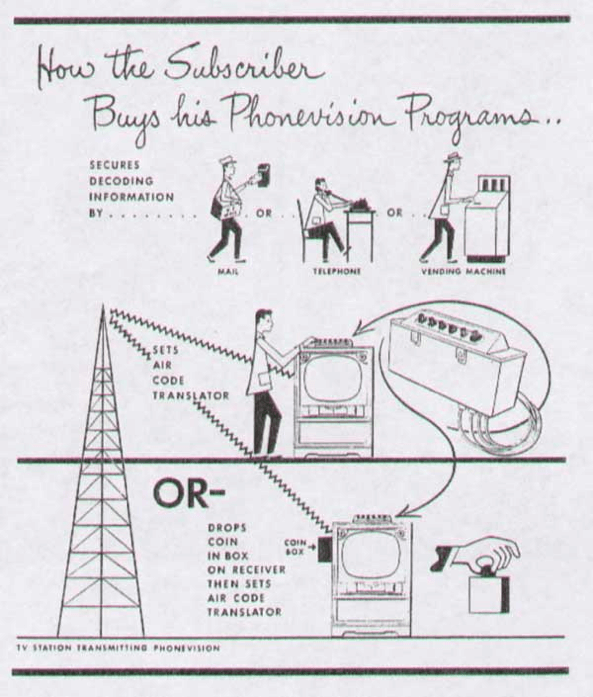 According to the advertisement above, there were more ways to subscribe to Phonevision than calling the operator. The home viewer could also mail in an order or use a coin-operated vending machine, to put in a request for a movie.

In the test phase of Phonevision, only three films were available for three hundred test households. Despite the fact that the films were already more than two years old, only 18% of the test homes had seen the provided movies previously. During the test, 92% of connected homes stated that home-viewing through Phonevision was their preferred method of movie-consumption. On that score, the system was a success. The system faced some technical issues, though. The provided signal was notoriously fickle and would distort whenever a particularly heavy truck passed a viewer’s home. To add insult to injury, the channel Phonevision used to provide its service would change regularly as its spot was taken over by regular broadcasters. Faced with continued technical issues, the FCC forced Zenith to shut down Phonevision in 1953.

A year later, Zenith resumed testing the system in New York City and broadcasted for a short time from Connecticut. During at least two years of operating from a station in Hartford, the system had to deal with major limitations. While the market moved to color-TV, the Phonevision system was never able to broadcast in anything but black and white. Market needs contributed to the demise of the system in 1969.

Evolving customer-requirements, a turbulent competitive landscape and rapid technological advances shape the economics of video businesses. As one of the world’s premier independent systems integrators, Divitel helps video businesses manage all facets of technology change. Want to have a friendly chat about the developments in the industry? Reach out to us at marketing@divitel.com or ping your regular Divitel contact.